Going Under the Bar: It's Not About Courage by Coach Dan Bell 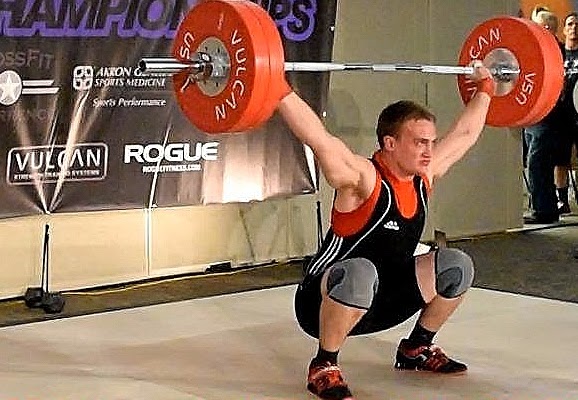 I’ve had a number of CrossFitters and weightlifters complain to me that they have an almost impossible time going under a snatch, or, less often, the clean or jerk. Someone in their lives may have ascribed this technique flaw to a lack of “guts.” A coach or fellow lifter convinced the athlete that the reason they did not go under the bar was a substantial character flaw: the lifter did not have enough courage to go under the bar. But being brave has nothing to do with it.

Too many coaches who don’t have an answer for the lifter’s lack of success make it the athlete’s fault. Rather than search for a technical or programming weakness they had not spotted, the coach tells the lifter they don’t have the requisite personality characteristics for success. They tell the athlete they lack courage or commitment or the vague and useless feedback that they are short on “toughness.”

I have fixed the problem of going under the bar in dozens, maybe hundreds, of CrossFitters and weightlifters. Not once has it ever been a problem of courage or any character attribute at all. It was purely positional and technical. The lifter’s technique had their balance point in the second pull too far forward in their feet. That made their feet “sticky” and they could not move in the proper timing and balance.

Once I straightened out their pull and got the balance point moved deeper over the base, over the middle of the feet, the lifter began to move under the bar easily, automatically, in the right timing, as a consequence of position and proper balance, as a consequence of well executed technique. It had not a damn thing to do with courage.

Running down a lifter’s character has never been a good coaching practice. I don’t think it was effective even in the old days. Having an athlete succeed in spite of their coaching is actually a sign of strong character, and has happened far more often than we’d like to think.

If someone told you that you don’t go under the bar because you are weak-minded or scared, they are wrong. It is almost certainly not that. You have not learned to do the lift properly. Once well taught, once you feel how the lift is supposed to feel, you’ll never walk into the gym worrying about how brave you are again.

Dan Bell will be instructing the Vulcan Weightlifting Seminar at CrossFit LKN July 26-27th.  For more info or to register:  http://www.vulcanstrength.com/Vulcan-Weightlifting-Technique-Seminar-p/vwltech1.htm